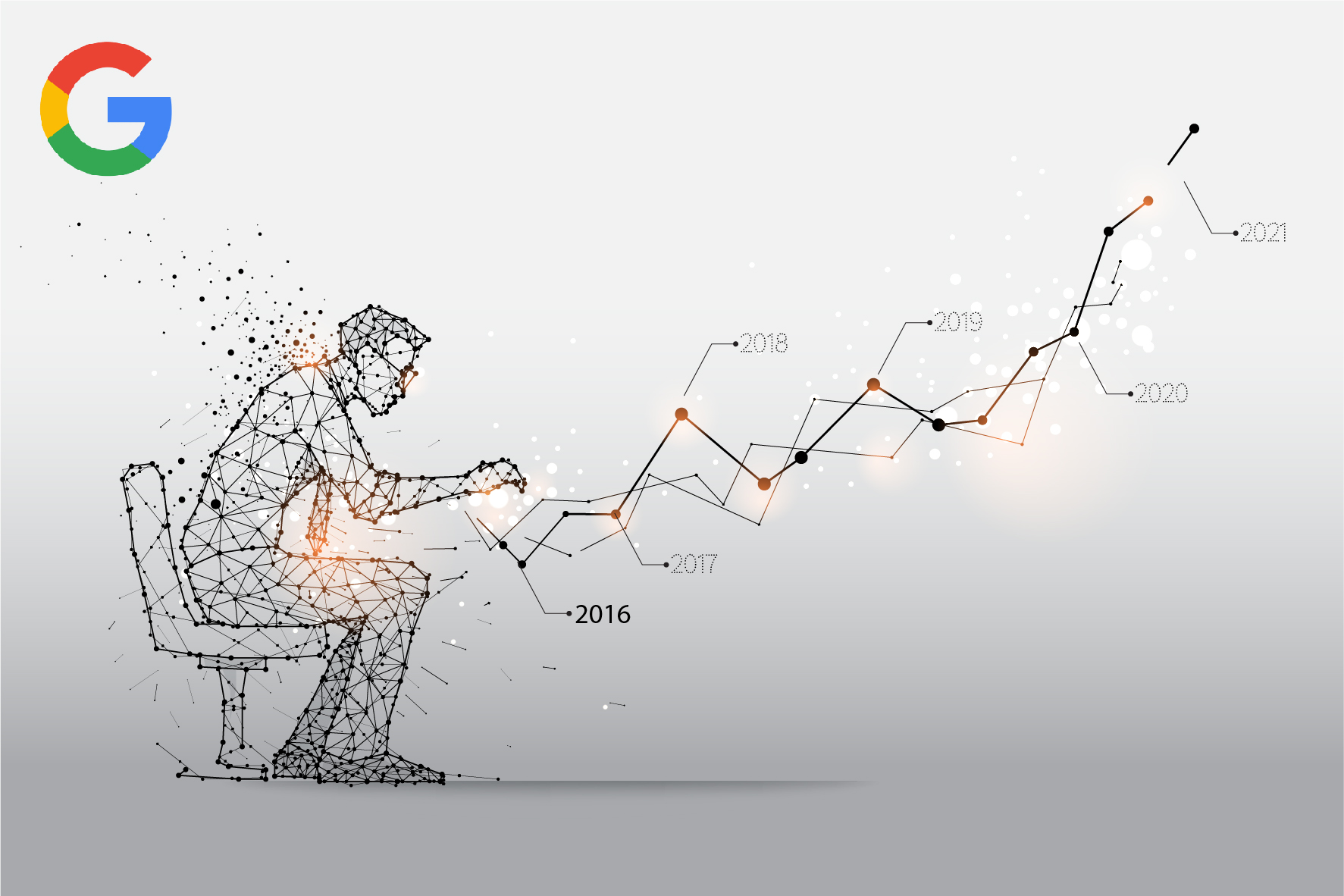 From September 23rd to 26th, the SEO business diligently watched Google search results fluctuate and shift rapidly. Google appears to have rolled out the Latest Google SEO Algorithm Update on 23rd September 2021 over the weekend, resulting in a significant movement in the ranks of numerous websites, with organic traffic dropping notably for the most part.

However, Google has not yet commented on the rumors around its latest Google algorithm update or acknowledged that one occurred.

Although Google’s search results constantly evolve with adjustments as new sites are uploaded, it isn’t that often we see such a massive spike in SEO community chatter and rank monitoring tools.

Have There Been Hints Around the Update?

When we say Google is inconspicuous, we mean that they seldom, if ever, give any indication that an update will be released. The only thing that remains constant is change, and Google definitely lives by that adage when it comes to algorithm changes. They are constantly tweaking and updating their entire user experience to improve the quality of the search results they provide. Google claims that its Search Algorithm is updated thousands of times each year. In the vast majority of situations, Google algorithm adjustments are little enough to go unnoticed. But, now and again, Google makes a principal adjustment that forever alters how we conduct SEO.

With such minimal data, it may not be easy to plan for what is to come and determine if it will positively or negatively influence search rankings. As a result, anybody in charge of a website’s performance must frequently maintain a close check on search traffic. Although the latest update seems unconfirmed, this appears to be a major upgrade based on monitoring tools and community responses.

What Is the SEO Community Saying?

The chatter in the SEO community is one of the earliest signs of Algorithm Modification. Website owners have flocked to SEO forums and Twitter to debate the potential effects of the September 24th and 25th search algorithm ranking change. The update began on Friday, September 24th, and continued to heat up throughout the day and into Saturday, September 25th. On Sunday, September 26th, it appeared to have cooled off tremendously. Many people have recorded a sudden drop in website traffic in recent days. Here are a few quotes from the forums:

“I am seeing odd and unrelated results for some of the queries.”

“The traffic this week is very bad. Our ranking tool says we have risen!”

“Big drop in traffic here first after May update lost 70% of traffic and didn’t manage to recover, now lost again 50-60% of traffic so last two days website with 400+ articles in which I invested a lot of money and time is now good for nothing.”

“Today, I had more normal traffic levels, but all of my Canada and Australia traffic is once again down 60%+. Instead, among my top referrers today are Pakistan and Nigeria. Nigerian traffic was so high that I blocked the entire country as in my experience it is nothing good.”

How to Track Google Algorithm Updates?

Google will occasionally utilize Twitter (@searchliaison) to confirm or reject an algorithm update, although this is generally reserved for the more extensive core upgrades. Checking the third-party tools most widely used by the SEO community is one of the best methods to comprehend better and appreciate the effects of a Google Search Algorithm change.

SEMrush, one of the most prominent tools for organic traffic visibility and website traffic, demonstrates the visible effects of Google’s Search Algorithm Update. Other tools include Mozcast, SERPMetrics, Accuranker, RankRager, Algoroo, and Cognitive SEO.

You can go through our blog section as well for any upcoming Google Algorithm Updates.

What Should You Do If This Update Has Hit Your Website’s Traffic?

Every penalty fix should start with an audit of the website. It’s a good idea to start auditing if you observe substantial changes in traffic, even if it’s the fourth time this year. You never know what plugin created a problem or what the development team overlooked. During this time, your ranking may climb, decline, and then suddenly return to normal.

It is nothing to be alarmed about until the issue persists for more than a few weeks. To avoid your website’s rating decreasing, maintain an online presence. Regardless of how the algorithm changes, the only approach to survive online is to generate high-quality, user-friendly content.

What Can You Do When a New Google Update Arises?

It takes a few days for Google Analytics and Google Search Console to completely disseminate the algorithm. To avoid working with incorrect data, it’s preferable to wait before drawing judgments about what transpired. Google updates have a history of rolling back adjustments and redirecting traffic to reputable sites that create high-quality content and employ white-hat techniques. In certain situations, your site’s rankings may be restored as soon as the following Google update, if not sooner. So, there is reason to be optimistic, at least initially, when impacted by Google updates. For Quality SEO Services, please do Contact Us Now.