Technologies that took over the year 2017 Another year has come and gone, and we are already standing on the precipice, looking forward to what the coming year has in store for us. 2017 hasn’t exactly been a year of great many technological advancements which the common man can immediately benefit from, but truth be told, there have been some significant developments which just might change the course of the technological future of this world, like never. Read on to see what developments brought in the transformational wave in the digital world this year.

First up on the list is the much talked about, very controversial Sophia, the famous AI robot. The biggest news related to the robot came in when Saudi Arabia granted it citizenship, making it the first ever of its kind. However, if one digs deeper into all news items related to the robot, it will be easy to see that the citizenship was granted purely as part of a PR stunt to drive attention towards a tech summit happening in the country. Regardless, this has kickstarted what could be a dangerous trend with the tremendous possibility of turning against mankind in the long run. 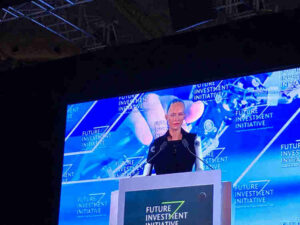 Artificial Intelligence has had its fair share of criticism from smart thinkers around the world, including Stephen Hawking and Elon Musk. It is going to be a game changer in the history of mankind. We only must wait and see to what extent that goes.

Next on the list of developments that has been slowly, and consistently changing how we consume and perceive modern technology is the wave of augmented reality applications and devices. With leading smartphone systems makers Apple and Google offering up ARKit and ARCore, respectively, developers are now on the ninth cloud, over the great many possibilities this brings. Augmented Reality has started to seep into many markets, from kids’ early learning toys to clothing stores. With the coming of ARKit and ARCore, Augmented Reality has just become that much more accessible to the common man. Anybody with the means to buy a decent smartphone can have a taste of what this cool invention is doing to make lives easier around the world. 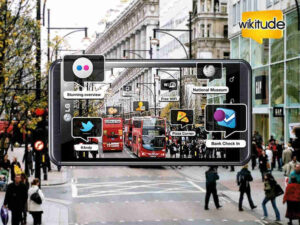 With the onset of AR, marketing has become more experiential and interactive. Consumers are now able to preview a product or a service and make a much more informed decision. Gamification has become a thing now. By being able to make games out of the most mundane products, one can get more people to take notice of what they’re trying to sell. AR has also contributed significantly to how kids these days learn about the world in the earliest stages of learning. With a lot of early-learning material being made through AR, kids are now able to get a better idea of the world at large, prepping themselves up to be the smartest generation yet.

The next thing that we at Digiligo found to be a very interesting piece of news is Apple’s new Face-ID, and how it doesn’t take much for another person to unlock your phone. As we all know, Apple famously unveiled its face-recognition software to unlock its newest range of iPhones. Right after the event, the internet was, predictably, filled with memes and the funniest reactions to it. One of the most famous among these was a picture of a family in which everybody had pretty much the same facial features. People were sharing that picture on the internet as the biggest challenge for Face-ID, while other people speculated about how it would work in the dark.

Unfortunately for Apple, one of those circumstances seems to have come true, as a piece of news was quickly firing across the internet, that a 10-year-old had managed to unlock his mother’s iPhone using Face-ID. There is also a lot of skepticism related to Apple storing your facial features and how quickly it can get messy if it goes into the wrong hands. I guess that is one thing we just have to hope the best for!

When talking about how technology has made giant strides to change and improve our lives, we cannot ignore the huge advancements that are being made in the field of medicine and surgery, using technology. It didn’t become a matter of huge news, but we, at Digiligo believe that this can make a lot of impact. Scientists have found a way to build working human heart muscle from a spinach leaf. By researching and working more on this, scientists are expected to take huge leaps in tissue engineering and regenerative medicine. Just imagine what this could mean for people with failing organs!

2017, like I said before, has not exactly been a year of great technological developments to immediately experience and dabble with. We, at Digiligo, for our part, have been experimenting and implementing our fair share of projects in AR/VR, while researching artificial intelligence, as well. Yet, it has been another year of progress, another step towards the dream of a better life.